Master (Sifu) Zhi Yong has been training in the art of Shaolin kung fu since February 2000, and continuously strives to become stronger by sharpening his skills under the guidance of his Master, Grandmaster Ly.

In October 2001, Master Zhi Yong and several other classmates at the Shaolin Kung Fu Centre competed in the Canadian Wushu-Kung Fu Challenge in Toronto, Canada. Master Zhi Yong won the title of Grand Champion in the Traditional Kung Fu’s adult division, along with one gold medal and two silver medals.
In 2004 became a In Door Student of Grandmaster Ly 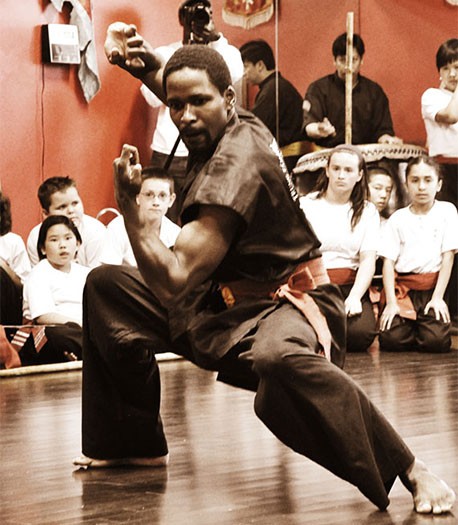 In 2004 Master Zhi Yong had the honour of becoming an in door student of Grandmaster Ly.

Since then, Master Zhi Yong has spent many hours instructing his fellow classmates, and students and assisting the school in whatever capacity he can.
Traveled to Vietnam to broaden his awareness of the martial arts community.

In the same year Master Zhi Yong, along with Grandmaster Ly and other classmates, traveled to Vietnam to visit the main branch where his Master trained for many years. This trip was very influential for Master Zhi Yong, broadening his awareness of and appreciation for the martial arts world.

In September 2008 Master Zhi Yong was hired by the City of Ottawa to teach an entry-level class to youth and adults at the McNabb Community Centre.
Through these endeavors Master Zhi Yong is able to introduce the art of Shaolin kung fu to the non-martial arts community.

At the 15th anniversary on June 7th 2014 Master Zhi Yong was officially promoted to the level of Master, overseeing the development all students at the main branch location.

We are under rebuilding our website. Please contact us via email ([email protected]) or call 613-291-5227 for purchase products in our shop. Payment online is temporary not available. This feature will be coming soon. Thanks. Dismiss